10/20/2021 Since its foundation in 1996, seele pilsen has stood for high-quality solutions for architectural steel construction. With the highest precision, the employees design and manufacture unique steel structures for architectural milestones worldwide, such as the King's Cross Station in London, the Intercontinental Hotel in Davos or the Moynihan Train Hall in New York. The seele group of companies congratulates all colleagues on the 25th anniversary of the company.

The history of seele pilsen begins in 1995, when a suitable location was sought in the Czech Republic for a new steel production plant for the seele group of companies. As a stronghold of heavy industry, Pilsen proved to be the perfect solution, especially with regard to the high qualifications of the skilled workers. Tus, the decision was quickly made and seele pilsen s.r.o. was founded in 1996. Just four years later, the company already eached the limits of its capacity in its premises and so in 1999 construction began on a new production facility with offices in the "Borska pole" industrial estate, which was occupied in 2000.

Since then, seele pilsen has manufactured complex steel structures for over 300 international projects. With the new railway station in Stuttgart and the office building "The Henderson" in Hong Kong, the next two challenging projects with steel construction #madeinpilsen are about to be launched. 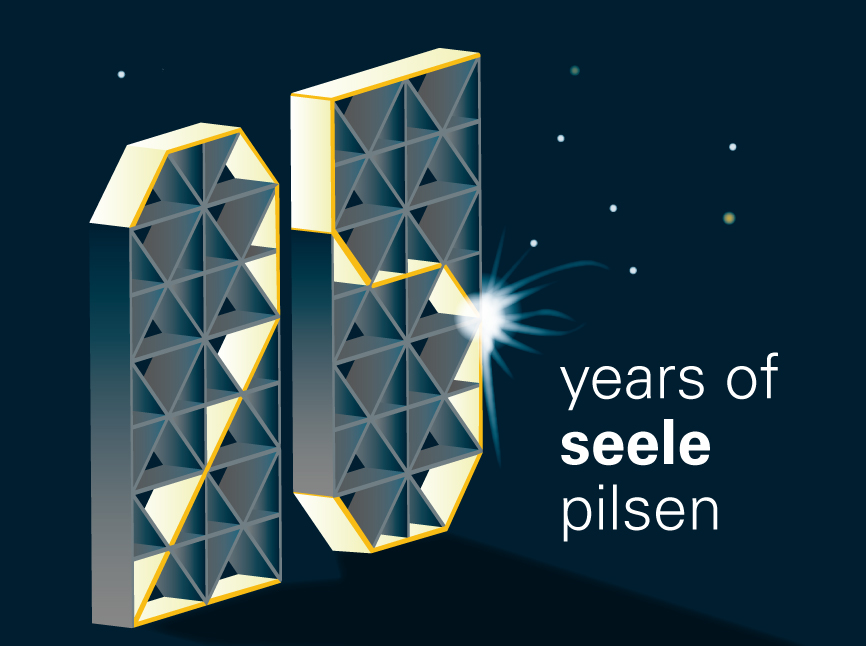