10/14/2016 “German Export Hit: Glass Façades” – that’s the title of a report on the seele group that was broadcast on the Pro7 TV programme “Galileo”.

The film crew spent a total of five days at the seele plants in Schörfling and Gersthofen and in Australia, because the focus of the 13-minute report is the spectacular steel-and-glass roof to the Chadstone Shopping Centre in Melbourne. The programme is an impressive record of the how the art of engineering is combined with dedication. Other seele technologies, such as structural glass designs and unitised façades, are presented as well as Chadstone’s complex free-form gridshell.

The TV report gives you an insight into the main players in the seele group, broadcasts spectacular footage from Chadstone and other projects and gives you the exciting story of the company. 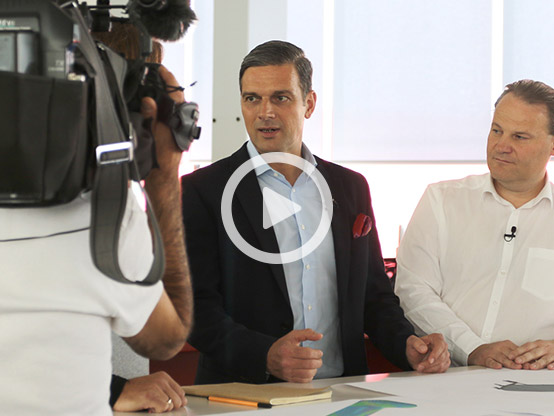