11/06/2017 On November 2, 2017 the new TEC Bridge was officially opened in Toronto’s Queen Street West. seele was responsible for the complete implementation of the 35m long pedestrian bridge.

In less than two months the bridge was assembled in James Street, a side street closely to Toronto’s biggest shopping mile. On July 8, 2017  a module vehicle transported the TEC Bridge to its final position. For seele, this special assembly concept was a great success, which was ran smoothly. From July until October body connections as well as interior constructions were realized. Due to the advanced assembly concept, the high-precision steel construction and the unique building envelope seele proved its expertise of providing solutions for building skins and innovative façades once again. 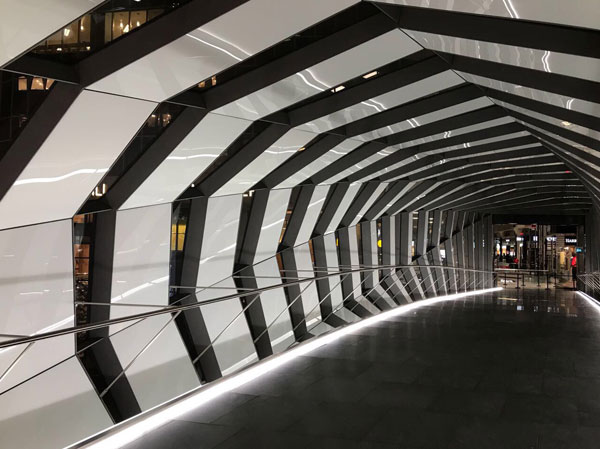