12/29/2015 Implementation of Apple’s corporate architecture draws praise and recogni-tion from the world’s most important manager.

Gersthofen. “Without seele, our stores throughout the world and our Apple Campus 2 could not have been designed as we had envisaged them,”. That was what Tim Cook had to say to seele employees who had gathered around the Apple CEO and the 14m long pane for the campus. Actually, seele has been working with Apple since 2001, when the first Apple Store was designed and built. In the meantime, seele enjoys a close partnership with the world’s most valuable company. Besides the 70 or so retail stores already built, all companies in the seele group are playing a big part in Apple’s current project: “Apple Campus 2” – the company’s new, spectacular headquarters in Cupertino, California.

seeles remarkable designs have contributed to Apple’s unmistakable corporate architecture. “We encourage each other and are always pushing to sound out the boundaries of the feasible, so we can try new ideas,” is how the managing director of seele GmbH, Nelli Diller, sees it. Our power of innovation permeates the entire services portfolio, with ever new solutions appearing in the areas of engineering, production, logistics and erection.

During his visit to Gersthofen, Tim Cook, too, pointed out our unique skills and capabilities, which have helped turn the visions of his predecessor, Steve Jobs, into reality in the best possible way: “We were looking for someone, not just in the USA, but worldwide, who could implement Steve’s ideas, and this is where we ended up – because no one else can do it as well as you.” 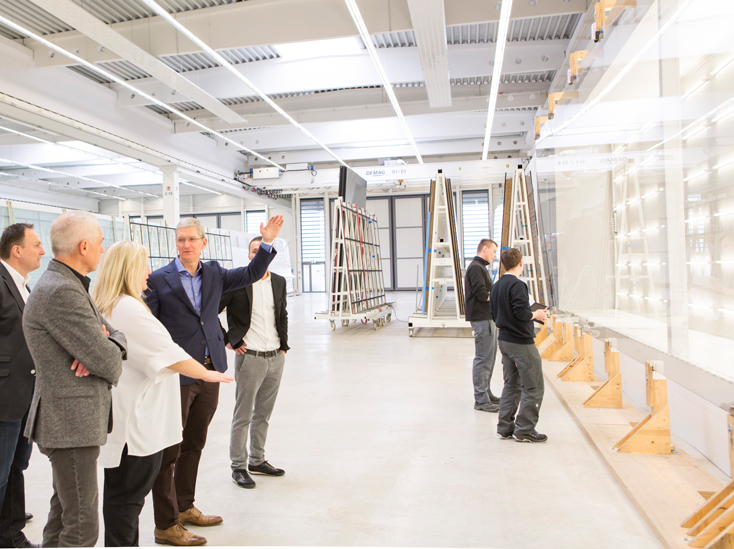